Viewing Challenges as Opportunities & What Can Come Next

Viewing Challenges as Opportunities & What Can Come Next 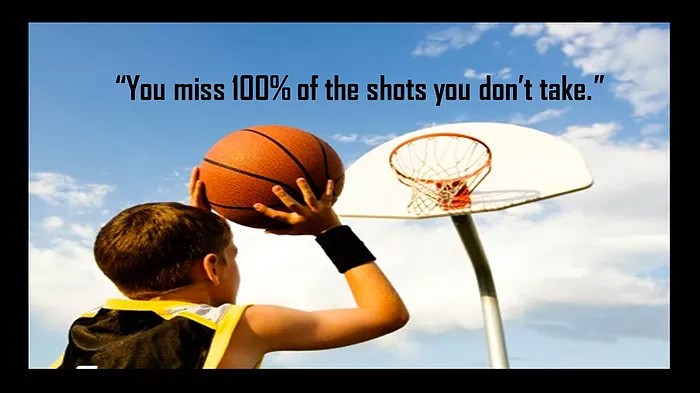 This weekend I spent some time away from house renovation projects, and focused on putting some finishing touches on another opportunity that presented itself as a result of me leading with my heart and acting courageously.

Because I chose to push myself to present and share my vision for Indi-ED at TEDx Tampa Bay in September, I have since been invited to speak as the Keynote Presenter at the Pinellas Association for the Education of Young Children Annual Conference this June.

As I was working on the presentation a few things struck me.

The first was, “Holy Moly, am I really giving a Keynote Presentation?!” Which was quickly followed with a, “Heck yeah I’m giving a Keynote! I’m completely capable and it’s necessary.”

I also reflected on how different my response was to both the TEDx invitation and this Keynote invitation. My immediate response for the TEDx event was utter elation followed by an endless amount of nerves all in one. (Ner-cited as my students like to call it. Nervous + Excited)

However, my immediate response for the invitation to speak at this conference was a bit apprehensive. Not because it required 60 minutes vs. 20 minutes. Or because it was at a facility that I’ve never been to vs. one that I had stepped foot into before.

But because when I was approached to speak at the TEDx event, I knew the mindset of the audience would be one of hope and possibility. People who watch or are interested in TED talks are people who are innovative, thirsty for information, and enamored by possibility. So I knew that when I shared my vision of approaching school differently, that it would be received with support and an attitude of possibility.

My apprehension for the PAEYC conference stemmed from knowing all too well the mentality of the teachers who would be in the audience. I am NOT saying that teachers are not innovative, thirsty, or inspired by possibility. I AM saying that in the majority of their circumstances, doing things differently like the way we will at Indi-ED, isn’t even an option. I know this because I was recently there too. I understand their reality. Wanting to do what’s best. Hoping things would change. Yet being met with aversion and distraction time after time.

By simply sharing how Indi-ED is approaching education differently, I would not inspire them but frustrate them further. Which is the last thing I want to do. Truth be told, another large part of the reason that I’m taking this leap is to provide an opportunity for teachers to speak up and to gain their voices back. So while it is possible for me to take this leap and do things differently with Indi-ED, the last thing I want to do is to frustrate an already exhausted and beat down group of people who at the very least, deserve to have their time respected. (If you haven’t watched Steve Harvey’s motivational clip about leaping yet, I implore you to do so. 6 minutes well worth it.)

After some investigation and discussing my concerns with the President of the conference, I realized that by not accepting the invitation that I was acting by inaction. Not challenging the status quo is an action that too many partake in. It is harmful when it interferes with our children’s well-being and is something that I pride myself on not doing. So we did agree on a topic that I believe will leave a positive impact on everyone in attendance.

I will focus on teaching and establishing schools that focus on the Growth Mindset. (If you haven’t heard of it, check out Carol Dweck’s work.) It’s at the core of how I have worked and how Indi-ED will operate. In short, it is about praising the process over the product. It’s about changing beliefs. It’s about building on strengths and patiently guiding to understand and improve. In the process, I’ll share how Indi-ED will teach our kids to learn, love, lead, and enjoy life.

I hope that my message reinforces an understanding but also a clear message that as a group of educated educators, that we cannot simply accept mediocrity. An understanding that creating change is tough, but it can be done. That you may fall, but then again you may SOAR.

So while I was a bit apprehensive at first, one similarity remains between both speaking engagements, I know that I will be just as proud of myself for taking the shot. That the decision to courageously accept this challenge, this invitation is important because this work is important, our kids are important. The TED talk led to the opportunity to launch Indi-ED year round. Who knows what will happen as a result of this Keynote. Perhaps it may inspire a few teachers to change their mindset about teaching and themselves. Maybe they’ll see what they’re truly capable of as well.