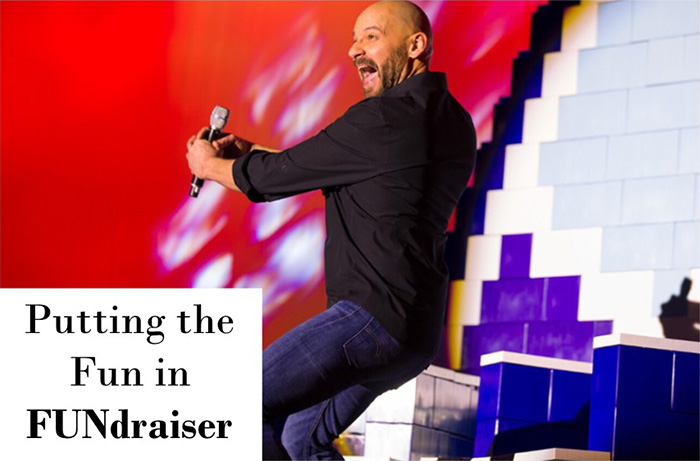 We’re all excited to host our third annual stand-up comedy show fundraiser for Indi-ED on November 10.

If you’ve been kind of hearing about this event and aren’t sure what’s up with it, or if it’s for you, this should clear things up a bit.

What kind of “comedy” are we talkin’ here?

This show is stand-up comedy. No wacky skits or audience participation. No magicians sawing people in half. It’s the kind of stand-up you see on the Netflix specials. Adult comedy, but not gratuitous or gross. Give it a mild “R” rating for language.

Are the comics any good?

Yeah, really good. The headliner is Danny Bevins, who is a national touring headliner, and happens to live here in St. Pete. One of our parents has known Danny since the 90s when they were both starting out as stand-up comics. Danny is great. We’ll also have a special guest or two. For about the same price as a local comedy club, you’ll get a theater quality show. And no two-drink minimum.

How long is the show?

What’s with the auction thing?

It’s really cool, actually. Some families and friends put together fun packages of stuff they’ve been able to get donated from local businesses. The auction is “silent”, so no one will stand on stage barking out numbers while you sit there feeling an uncomfortable pressure to bid on yoga classes. You simply peruse the items when you come in and if you see a good deal, you can add your name to the list with a bid. People come away with major bargains on high quality loot every year. But if bidding ain’t your thing, no worries. You’re only obligation is to come have a good time.

Where does the money go and why a comedy show?

Fair question. Our first year, we decided that we didn’t want fundraising to be painful for our families but wanted to be realistic that we needed to do it. So, we decided against catalogs and selling mugs and decided to have some fun and use our parents strengths instead.

The money, it goes right back to the kids. The funds raised last year went to additional classes to build of interests, outings, supplies, and for our teachers to attend an out of town training. We’re not paying for the teachers Jaguars with this. They don’t even drive Jags. They drive a big white van with an Indi-ED magnet on the side.

How will I feel after the show?

It’s a fact; laughter releases happy brain chemicals. So, you’ll feel really good physically, mentally and socially, because laughing with your Indi-ED family bonds us together. We love how our kids laugh with each other every day, and it’s just as good for us.

What do I need to do?

Go to this link and get your tickets: https://www.individualizededu.com/comedyshow

Then invite friends and family and anyone else who enjoys laughter and would love to support our school. I promise they’ll have a great a time and thank you for inviting them. Tickets are 25% sold now so please get the word out this week so we can create another big win for the school and for the kids.