Ron Clark Academy – Yes It Is That Inspiring

Ron Clark Academy – Yes It Is That Inspiring 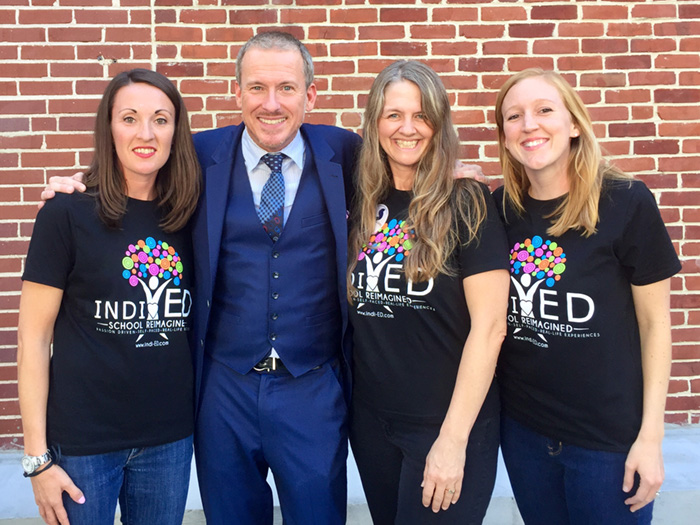 On Friday, our teachers were lucky enough to attend The Ron Clark Academy in Atlanta, GA for a teacher training day. To say that we were treated to more than just a “training” is an understatement. 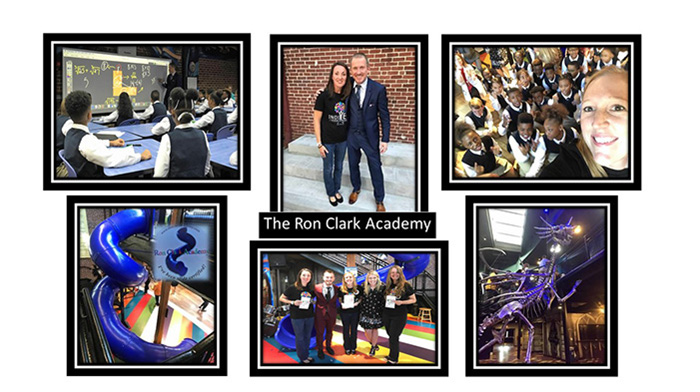 Yes, we sat in on workshops. Yes, we observed and interacted with classes in action. Yes, we were treated to seminars and Q&As with the founders and authors of one of the books we finished reading over the summer. Yes, we walked away with more knowledge.

But what we didn’t see coming is that in that one day, we were genuinely embraced by those students and staff with their whole hearts. 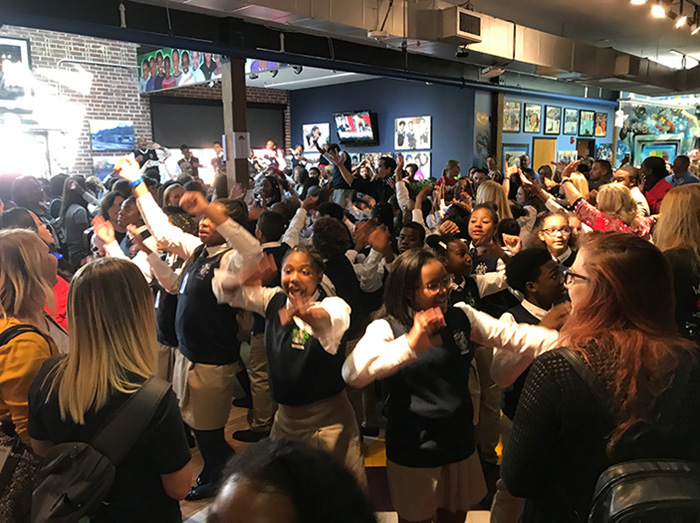 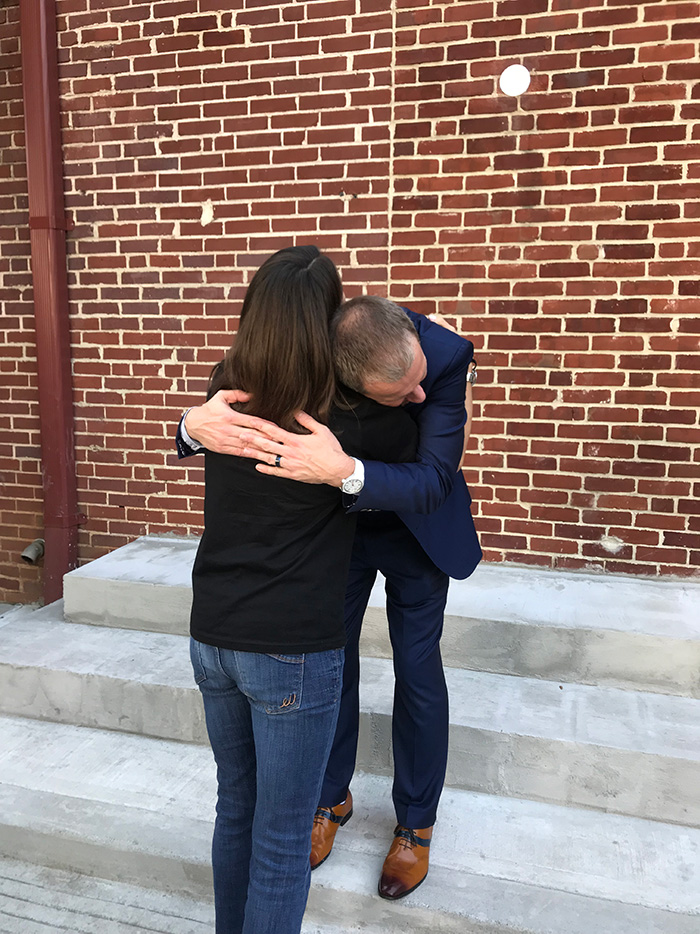 We went with the intention of learning more about student engagement, rigor, and culture. We knew we would leave inspired. But we had no idea about the magic.

Most of you already know my story-not an ideal family life growing up, which has inspired my work from the beginning. After 10 years in a variety of educational experiences in the classroom which always left me wanting more, Indi-ED launched and here we sit with continued growth in year 3.

There’s clearly more to the story and one of those details is that I’ve been following Ron Clark since I saw him on the Oprah show after winning the Disney’s teacher of the year award in the early 2000s. I read his first book and when his story was turned into a movie, I created an Amazon account just to purchase it. (Literally, it was my first ever purchase on Amazon. Perhaps another story line for another made for TV movie in the works there?!) 😉

Flash forward to the late 2000s and as I began planning the launch of Indi-ED, I’ve continued the admiration. His teachers are phenomenally creative and passionate, the kids they serve are reaping the rewards long after they leave their school, and the principles he and I both share that serve as a base for his school and Indi-ED are still relevant. Additional fun fact, he still teaches too!

So to say that being able to take some of our teachers as a result of our families’ support, to “the mecca” in my book, was a dream come true that I never imagined even happening.

While we can’t share all that we learned in one blog post and you can’t quite feel all of the magic sans either being there or video and video was prohibited for the majority of the activities, here are some of the main points and perhaps still not the highlights: 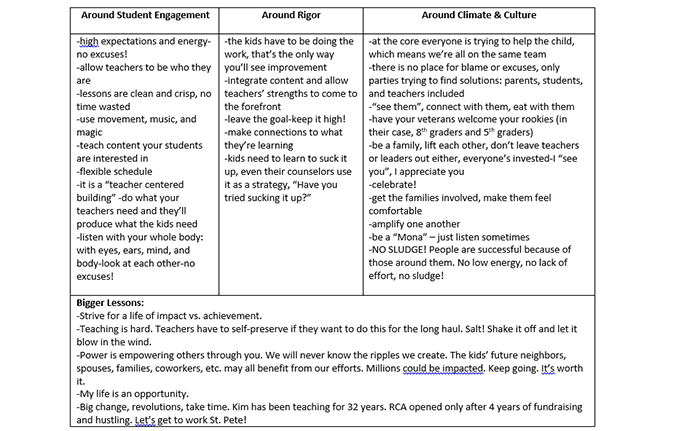 Bringing the level of enthusiasm, energy, and professionalism to your job that the RCA staff had ALL DAY LONG is hard in any profession. But when you see the amount of love, admiration, and pride in the eyes of those who appreciate your efforts, you know it’s worth it.

Academically, they’re nationally recognized for their teacher training, their robotics, their 8th grade class was awarded over $4 million dollars in scholarship (there’s only 30 of them!), and on and on. (Check out the math problem above that their 5th graders were working on only 3 weeks into the school year.)

All of this is a result of the relationships they’ve created. They meet their families over the summer, they make sure everyone is known before the year begins, they teach them how to behave, they hold their kids accountable because they know they’re capable, they have experiences with them-sound familiar?! The love and belief in one another is palpable and everyone rises as a result.

For example, two teachers announced the day that we were there that they were expecting and the squeals of excitement and tears of joy that oozed out of those kids reiterated, the magic in the air-they are a family. It doesn’t happen over night but sticking with one another helps create the long term relationships.

I knew Friday would be emotionally charged. Many happy tears indeed. I had no idea however, that this would not only be an opportunity to learn but an opportunity to confirm – we’re on the right track. Indi-ED is doing so much of this already! This national training facility was started by 2 teachers. They now have 10 teachers and 26 support staff who live and breathe the same principles and it oozes out of their students and families. So back to work Indi-ED!

Who’s ready to join our journey?