Learning About Our “Home(s)”

Learning About Our “Home(s)” 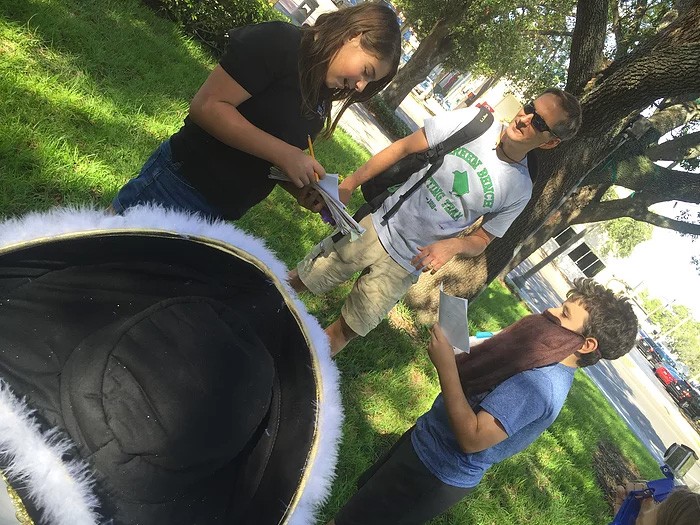 How many of you know who founded St. Petersburg? Peter Demens.

(I’m in the beard during a skit acting like Peter Demens and making a deal to get the land.)

We are beginning to study local history this unit so we have taken two walking tours. One where we studied the local history and another where we learned about architecture. We learned a lot of fun facts, like the first school in the area used to only be open from January to April.

Also, back then if you had machine cut wood (like in this picture) it meant that you were wealthy. 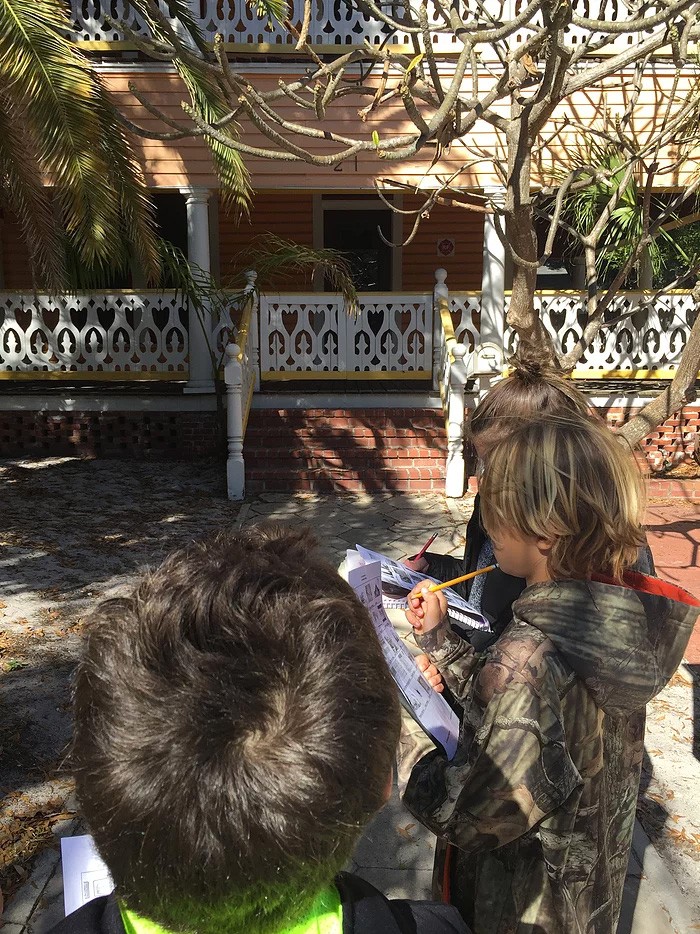 We saw houses like this, the Davenport house. You can see in the picture the brackets look like they have raindrops on the end of them and fish scales on the top of the house, which are also machine cut.

Since back then there was no tv so they had to sit outside for entertainment. In this picture, there is Greek revival in front of the building and on top of the Greek revival is Corinthian Capital. (Which are the pointy things on top.) 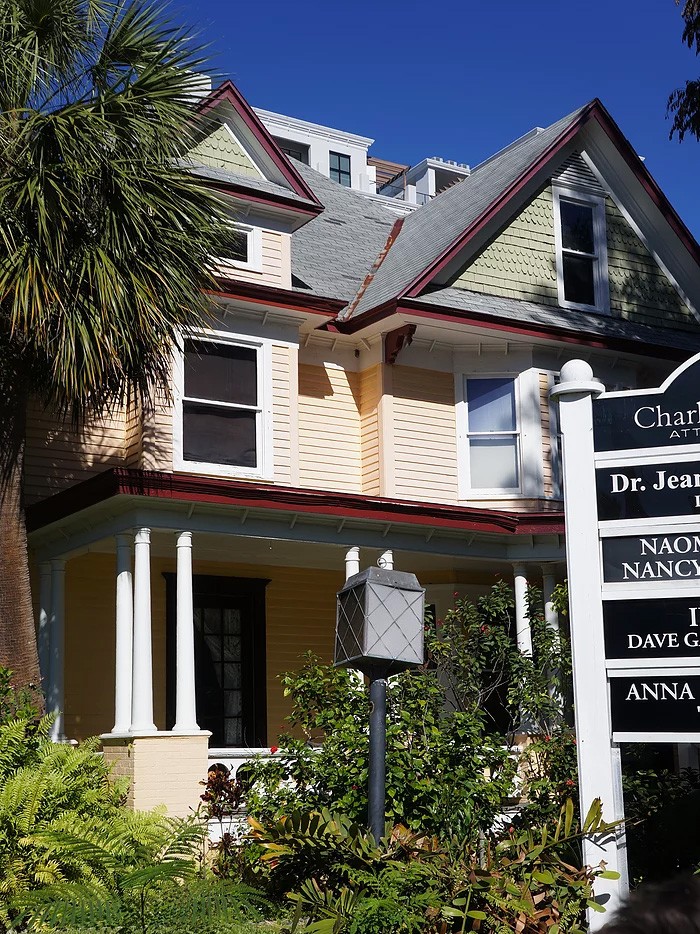 In my opinion, I think history is pretty cool. History is important so we get to learn about where we live. 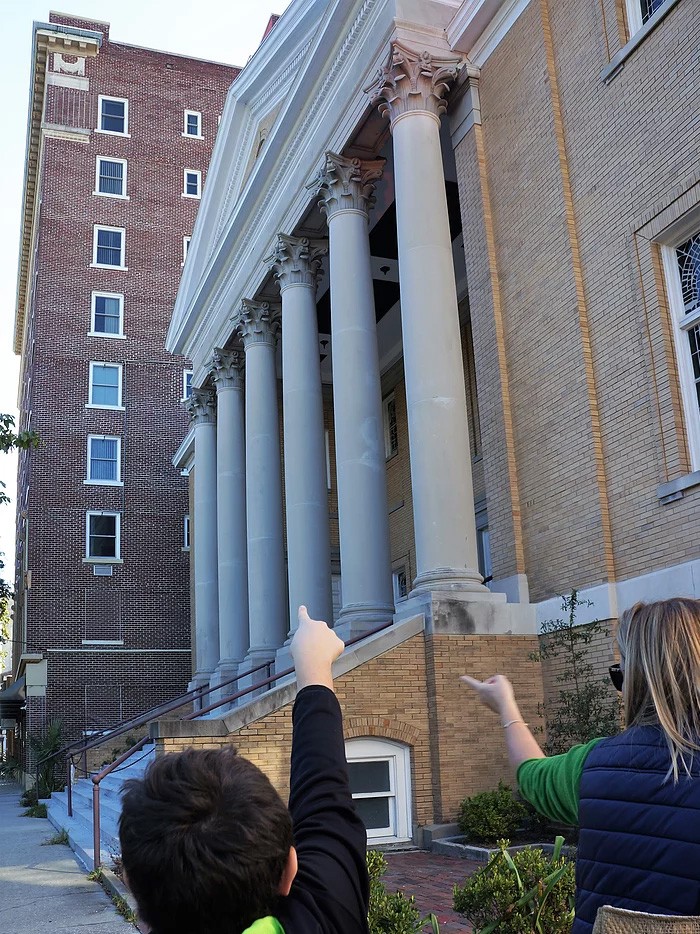 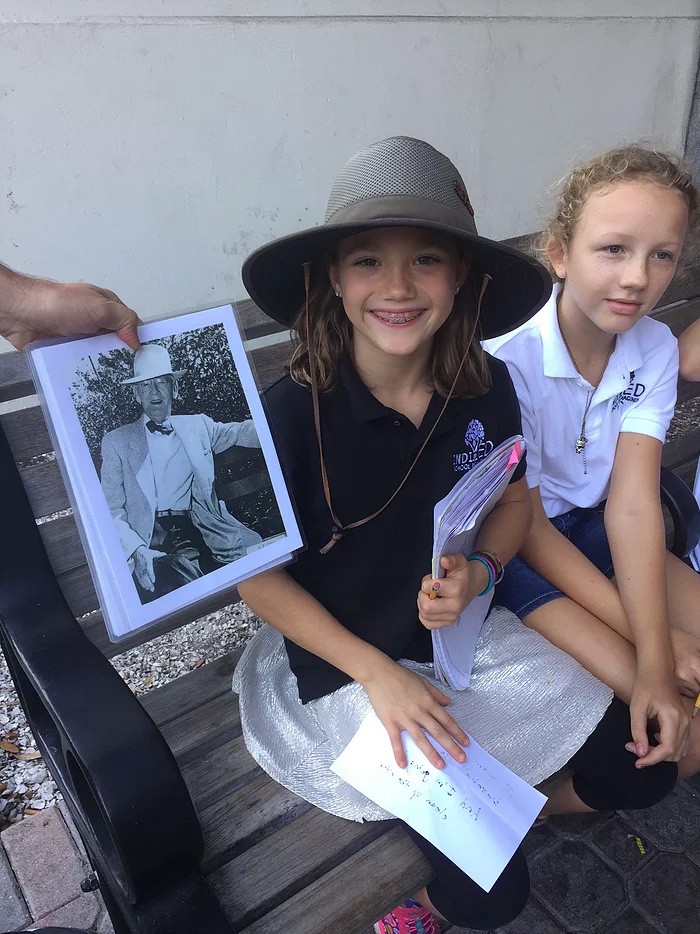 This month we had a family meal, which is when every student’s family comes together for a meal where they can come together and just socialize with each other.

This month we did it a little differently because the host family had a family emergency so all of us stepped up and decided to make it easy and go get gelato instead. Our families still came and we still had a lot of fun being with one another. 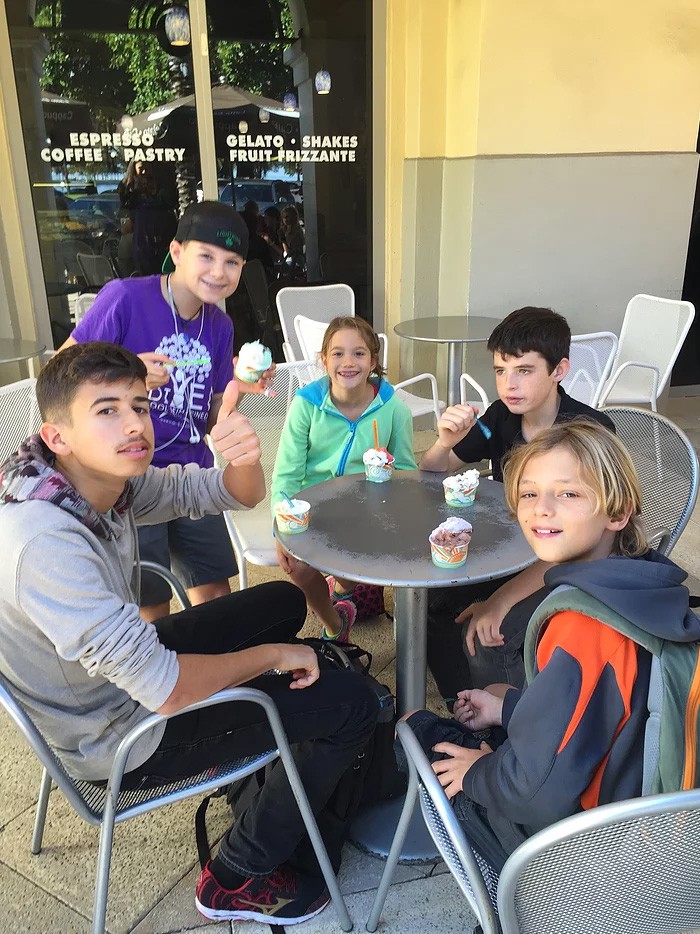 One of the funny things that happened was the girls gave all of the boys man buns in their hair. (But my teacher promised that she wouldn’t post those pictures-you’re welcome B.R.- so here are a few before our families arrived.) 🙂 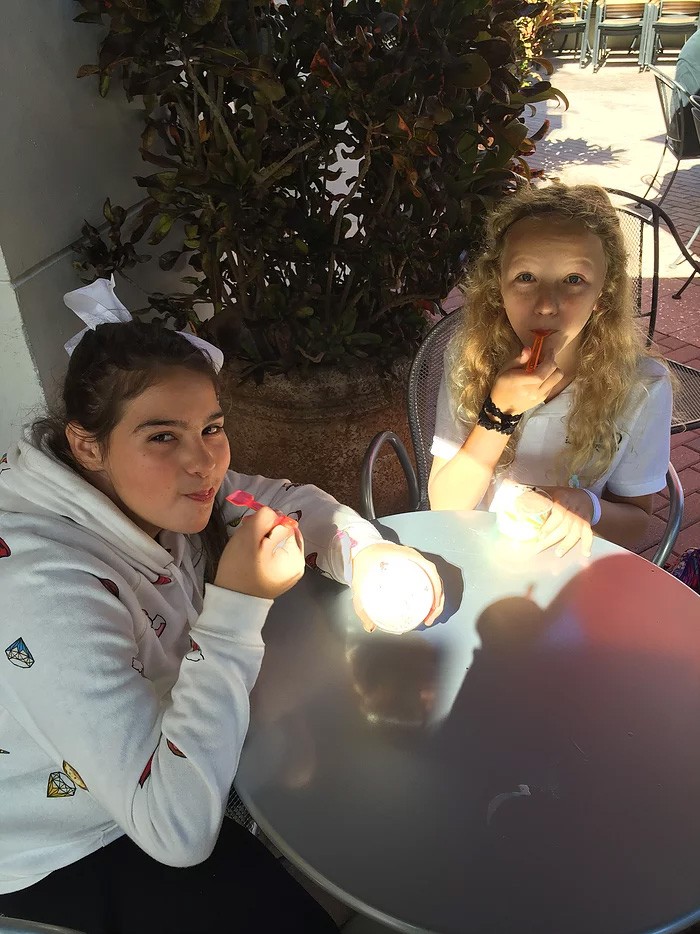 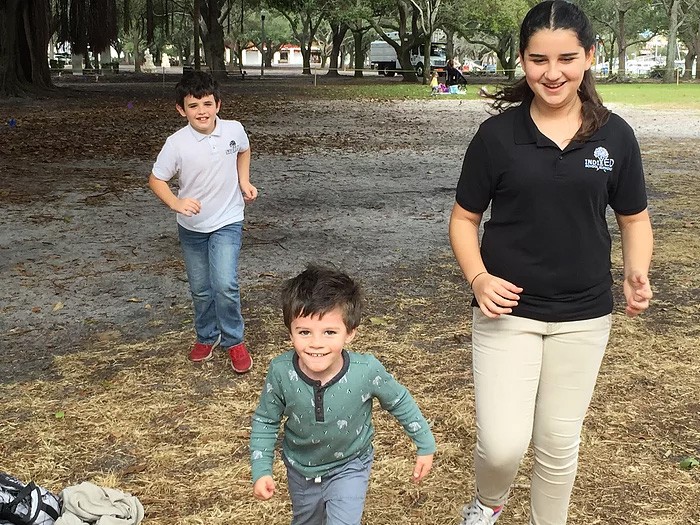