It’s More Than Just the Name

It’s More Than Just the Name 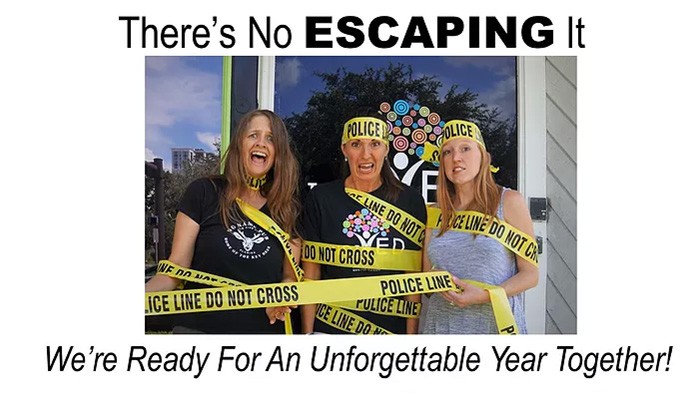 Last year, Indi-ED had our first Meet and Greet.

Since then, we’ve noticed other schools have also changed their “Meet the Teacher” or “Back to School” events to also call them “Meet and Greets”.

While we’re hopeful that for the sake of all involved that traditional schools are changing, it seems that there are integral pieces that are still missing.

No matter the name, if the events still entail either a teacher sharing the same power point they used last year and talking at you, or a time for you to come in and simply see the classroom-then you’re not engaging the key players and little value results.

However, if they are intentionally designed to create positive experiences that enhance genuine relationships, then you’re getting closer.

We intentionally decided that instead of forcing our families to sit and listen to rules and procedures for our first group meeting, that we want all of them – our kids, parents and teachers – to engage naturally. To meet each other, to look each other in the eye, to share, and for them to simply enjoy getting to know each other through play.

Even though we’ve already met and connected with our students and families and already begun engaging with them over the summer, for some of them, this is the first time they’ve engaged with each other.

This year we settled on another activity that would incorporate a low stress, fun environment, where they could begin communicating, and which could serve as an introduction to build upon some of our values and ways of work.

True to Indi-ED form, we also incorporated something that’s relevant in the real world at this time-Escape Rooms!

They weren’t told to just sit and be quiet but were encouraged to engage, communicate, learn about one another, encourage each other, problem solve, get creative, and have some fun! 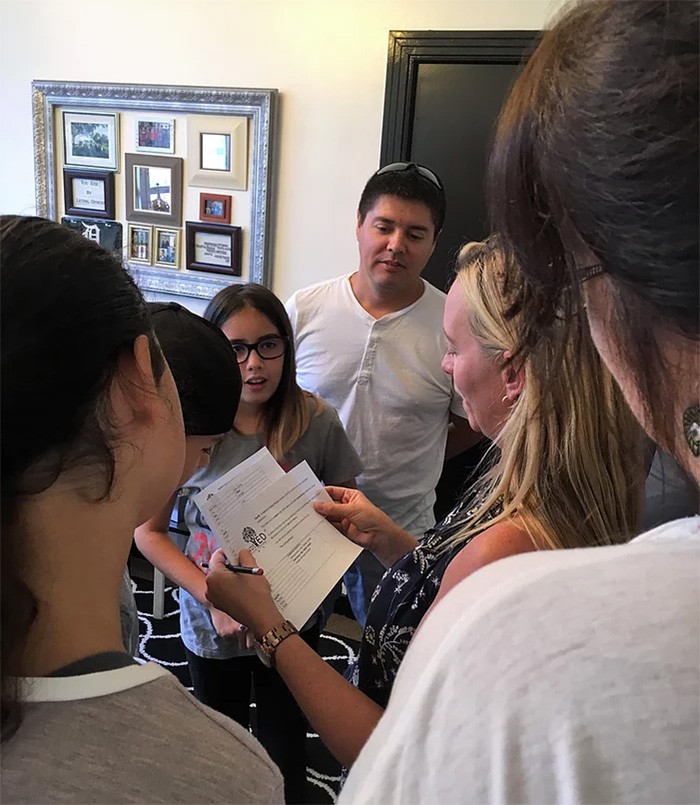 Five minutes in and families were cooperating and creating team names, sending silly photos and videos of newly created handshakes (we promised those wouldn’t leave the room so unfortunately you’ll have to take our word for it-they were highly enjoyable!), and figuring out how to patiently and creatively work best with their teammates. 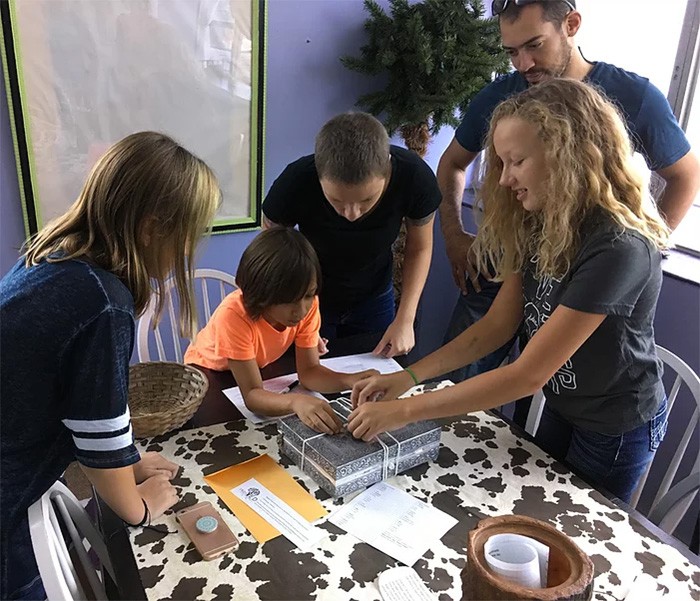 Last year we were most impressed with our families’ willingness to jump in and engage. We’re thankful to report that this year was no different. Accurate blanket statement: Indi-ED Families Rock!

What impressed us the most this year was how aware and welcoming our “Veteran Families” were.

Would it have been easier for them to partner up with, hug, or chit chat with families that they already knew or had relationships with-sure. But they didn’t. They didn’t seclude or exclude themselves; quite the opposite.

We watched them intentionally walk up to the unfamiliar faces, take the lead in initiating conversations, and even ask who certain students were because they had a mental checklist of the families that they had not met yet and wanted to make sure that they did.

We’ve boasted about our students quite a bit and were fully prepared to have them guide our new students this year, but watching our Founding Families take the lead to open up the culture that we’ve created made us even prouder.

Intentional or not, we watched some of the new students exhibit shy and uncertain mannerisms and then heard from their families after the event about welcome they felt and how their child was even more stoked to begin the year.

We watched veteran and rookie fathers high-fiving each other when they heard results of their team winning.

We watched students and families who didn’t know each other 45mins. prior, applauding one another as they “escaped” and laughing in good fun as the ones who did not posed for their photos.

We watched veteran and rookie families sharing their newly created handshakes with one another when they got OUTSIDE of the building and were saying goodbye.

Can networking and informational meetings be uncomfortable for adults and kids alike-absolutely!

But when there are intentional opportunities that allow us to begin creating and building upon genuine relationships, that allows for everyone to succeed. (And to even enjoy the experience in the process!)

So why is the name or rather the intention of a Meet and Greet important?

Teachers know it. Leaders know it. Creating the relationships lays the foundation. Once those happen, then everything else, learning included can take place.

Our parents and teachers have made it a priority to start now and to build upon it vs. waiting until an arbitrary start date in August.

It is also imperative to us that we create a positive anticipation vs. a negative attitude of avoidance towards the entire idea of school well before the year even begins.

It’s kind of like your Monday and your job. Do you dread it or are you chomping at the bit to get there?

We know how our students and families are feeling and the Meet and Greet is one piece of the puzzle to get them to the latter.